Rugby World magazine ran an article back in April which really got me thinking. The article focused on painkiller use in rugby featuring a prominent ex-professional player’s first-hand account of frequent painkiller use and all the issues he was now suffering from(1). I came to realise how often I had seen team-mates and opposition players rely on painkillers to get them through a game and the week that followed. Not long after this article the wider media coverage of the issue began, on a drive home I ended up catching a BBC Radio 4 documentary focusing on whether painkillers were a career necessity or a serious long term health risk(2). 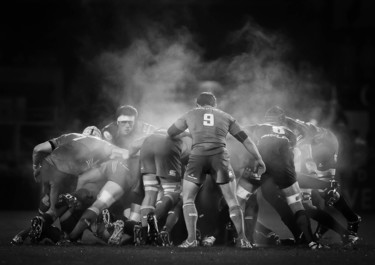 This all got me thinking, it’s one of those things that isn’t really apparent until you look deeper into it, in fact 60% of us amateur ‘athletes’ take them once a week(3), but have you ever stopped to ask yourself the consequences of something so seemingly trivial?

A fear of failure seems the main instigator in professional sport when it comes to painkillers. Often their use seems to be linked to being replaced(1), that is after all the way the modern professional sporting world works. You are only an ‘asset’ for as long as you are performing well and with a vast number of teammates and competitors vying for your position it’s easy to see why individuals choose to compete through the pain, but at what cost?

Unlike professional sport where most painkiller use seems to stem from the fear of losing your place in the team(1) or withdrawing from a competition, from my own experience, in amateur sport it arises from the fact there is often a lack of replacements. This leads to individuals choosing to ‘pop’ pills to either make up the numbers or when the numbers fall keep playing on despite injury. Playing student rugby myself, I’ve often been on the wrong side of not being able to put out a full team and starting the game with 14 men on the pitch. As injuries start to strike we have been left with 13 or even 12 players on the pitch. There have been times where I have unwisely stayed on the pitch knowing I would have left if there had been someone to replace me, and I’m sure I’m not the only one.

In my mind it seems that the way to combat this increasing overuse and, in some cases, dependency on painkillers in all areas of sports is widespread education. Only through effective education can we hope to prevent long-term overuse of analgesia.

With various testimonies from players citing how readily available stronger painkillers were to them(1), on a professional level there must be an onus on healthcare professionals to see the individual they are treating as a patient primarily and the fact they are a sportsperson should in theory have little influence. However in reality this is often difficult, saying no to any patient can be difficult especially when there is an actual medical issue, and in the realm of elite sport it can be even harder with there often being increased pressure and scrutiny from a manager and often the player themselves. This is of course if the player reveals themselves to be injured. Studies on concussion which mainly focus on high school and college level athletes in America found there to be a ‘culture of resistance’ (4) and often less than 40% of concussion events are actually reported often in the days and weeks after the actual event (5)(6)

On a more day to day level it is everyone’s responsibility to take care of their own health, there is by no means anything wrong about having to take painkillers but having to rely on them in the long-term and at increasing doses is a completely different matter. It should be the case that minimising dosage and duration are a priority when painkillers are used(7).

Athletes, especially at an elite level inherently understand and accept the risks that come with playing sport(8). Psychological studies point towards an assumption by athletes that playing through pain and injury is a step towards success(9) and it has been found that this assumption causes a shift in attitude to using painkillers leading to a culture of their overuse to facilitate this step(10).

Perhaps there would be a rethink to people’s approach if they knew some of the side effects of longer term painkiller use, not with the intention of being a scare tactic but to make them think of the effects they will be having during the prolonged period over which they are taken. Things such as renal impairment, stomach ulcers, haemorrhages and even an increased risk of MI and strokes(11)(12).

IT’S OKAY TO NOT BE OKAY

From a young age children everywhere are taught pain is just weakness and to fight through it. Sportspeople need to understand the limits of their own bodies rather than be under this illusion of pain being weakness, more often than not pain is the later stages of your body telling you you’ve had enough.

Showing weakness is nothing to be ashamed of, individuals who stay on after having suffered substantial injuries tend to get praise whilst those who are replaced after taking a little knock often get jeered. Surely there should be a comfortable middle ground where if injured an individual isn’t praised for staying on and torn into for deciding they can’t carry on. After all only you know the limits of your own body. How many of us will be regretting the fact we didn’t give ourselves enough time to recover, or playing on through the pain later on in our lives.

Everyone is always looking for a quick fix an easy way to get or feel better and in the context of sport this more often than not falls to the use of painkillers. However next time you reach for the painkillers in the lead up to competing whatever the level may be, think to yourself ‘do I really need those’ and no matter what the answer consider sitting on the sidelines and cheering your team on instead.

Adil Iqbal  is a 3rd medical student at Leeds University, where he is President of the Medical School Representative Council. He has an interest in all things related to sports and exercise and orthopaedics.

Jonathan Shurlock is an academic foundation year 2 doctor based in Sheffield. He coordinates the BJSM Undergraduate Perspective blog series. If you would like to contribute to the blog series please email jhshurlock@gmail.com.